Hit enter to search or ESC to close
Church Life

The Berean Jews: Eager to Learn, Diligent to Confirm 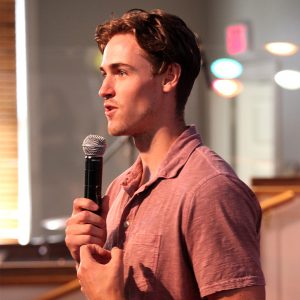 In Acts 17:10-15, we come upon the brief story of the Berean Jews. Paul is in the midst of his second missionary journey, traveling through Macedonia with Silas, when he flees to the town of Berea after being run out of Thessalonica by an angry mob. As he did in each town, Paul went to the synagogue in Berea, where he would share the gospel with the town’s Jewish population. Unlike the Jews in Thessalonica, the Berean Jews were very receptive of Paul’s message. Their reaction to the preaching of the gospel has long been held up as an ideal example for those in the Church. Let’s take a look at what we can learn from them.

First of all, notice that when Paul teaches the Bereans about Jesus, he “reasons with them from the scriptures.” The “scriptures” in this case are the Old Testament or Hebrew Bible. Paul is not pulling the Bereans away from the Bible, rather he is challenging the way they have interpreted the Bible over the years. He goes through the Bible with them and shows them how it is centered around the Messiah’s suffering and resurrection. He then ultimately points them to Jesus. Paul, who is also a Jew, has studied the Hebrew Bible his entire life, but when he met Jesus his view on the Bible drastically changed. The message of the biblical story came together for him as he realized that the death and resurrection of Jesus were the key missing pieces. Therefore, when Paul is preaching and teaching to the Berean Jews, he wants them to have the same realizations that he did. He does not cast the Bible aside as irrelevant or outdated, rather he presents the message of the Bible in its fullness, a message that is fulfilled in the death and resurrection of Jesus Christ.

In the same way, as a preacher and teacher at Forestpark Community Church, I am always committed to grounding my sermons and lessons in the Bible. Over the years, I’ve often seen preachers proclaim their own messages and haphazardly slap Bible passages onto them to dress them with legitimacy. When preachers fall into this habit, they become preachers of their “own words” instead of preachers of “God’s words.” Following the example of Paul, it is my intention to bring our church messages and applications from the scriptures. As a pastor, it is a joy and a challenge to search the depths of the Bible, discover the meaning of its Holy Spirit inspired words, and bring relevant application to myself and our congregation.

Now that we understand where Paul was coming from as a preacher and teacher, let’s take a look at how the Bereans received his message. Luke, the narrator of Acts, tells us that the Berean Jews were “more noble than those in Thessalonica” because they “received the word with all eagerness;” while the Thessalonian Jews became jealous, rejected Paul’s message and attacked him in the form of an angry mob. The Berean Jews were eager to learn and deepen their understanding of the scriptures. In contrast, the Thessalonian Jews were closed minded and hard hearted. They rejected and attacked Paul, not because they believed his message to be unbiblical, but because they were jealous. Their selfish desires closed them off from even considering Paul’s sermons and teachings.

There is clear application here for us as we participate in Sunday school and Bible studies and hear sermons on Sunday mornings. Be a Berean not a Thessalonian! This phrase doesn’t exactly roll off the tongue in twenty-first century America, but it serves as a helpful guide. Receive the teaching and preaching of God’s Word with eagerness and open mindedness not with a closed mindedness fueled by selfish desires.

I have personally wrestled with this issue in multiple ways. On one hand, I have taught what I believed to be deep biblical truths to students of the Bible in a formal classroom setting, yet some of those students accused me of teaching something “new” and “unbiblical.” Even though I presented my lessons from scripture, these students and their parents declared me a false teacher. They never came and talked to me. They never supported their critiques with specific claims from scripture. They went straight to shutting me off and trying to get me in trouble. Ultimately, what I said did not fit in with what these people had “always heard” or “always believed,” so they assumed they were right and that was the end of the matter.

On the other hand, I have also displayed a hard heart and a closed mind when I have sat under preaching. I have arrogantly assumed that I knew more than the person preaching. I have presumptuously believed that my interpretation of certain biblical passages was correct and exempt from critique or change. The example of the Berean Jews is one I need to be constantly reminded of. I hope as a church, whether I’m teaching or it’s someone else, that we will be eager to study God’s Word and deepen our understanding. If we are willing to be honest, we must admit our views and interpretations of the Bible are always in need of further development.

Finally, the Berean Jews are most famously known for the way they diligently cross-examine Paul’s message about Jesus with the Bible. The Bereans received Paul’s words “with all eagerness,” but this does not mean we should see them as gullible children. Luke goes on to tell us that they “examined the scriptures daily to see if these things (Paul’s teachings) were so.” The Bereans were not going to accept Paul’s message about Jesus simply because he spoke with logic and conviction. The main question they used to filter all preaching and teaching was this: “does it line up with the teaching of the scriptures?” Notice that this question is different from asking, “does it line up with MY understanding of scripture” or “does it line up with what I’VE always heard and believed?” If the Bereans emphasized these questions, then they would have rejected Jesus and remained outside the kingdom of God.

At the end of the day, the Berean Jews wanted to ensure that the teachings they heard (from Paul and anyone else), as well as their own beliefs, lined up with the Bible. Church, this should always be our goal as well. I hope when you hear me or anyone else preach that you receive it with eagerness. At the same time, I hope you will not just be a casual hearer of God’s Word. I hope you will study it daily and be diligent to confirm that the sermons and Bible studies you hear line up with the true message of the scriptures. This also applies to the books, articles and social media posts you read. It applies to the personal conversations you have, as well as the podcasts and programs you listen to. Don’t make the mistake of assuming that your views of the Bible or the views of anyone else are unquestionably correct. Always be eager to learn from others and diligent to confirm what you receive.